This is a Rugby World Cup spreadsheet you can use to see its tournament schedule and use it as a scoresheet. It is equipped with formulas that will rank all participants in its Pool automatically based on rules specified in its tournament rule document. This is my first spreadsheet created specifically for Rugby. The layout is based on my Soccer World Cup spreadsheet. I modified excel formula inside to accommodate 5 team per Pool and add new rank columns to accommodate additional ranking method which based on Tries where you won't find it in soccer tournament. If you like soccer as well as rugby, and you already use my soccer spreadsheets, you won't have any problem on using this template. 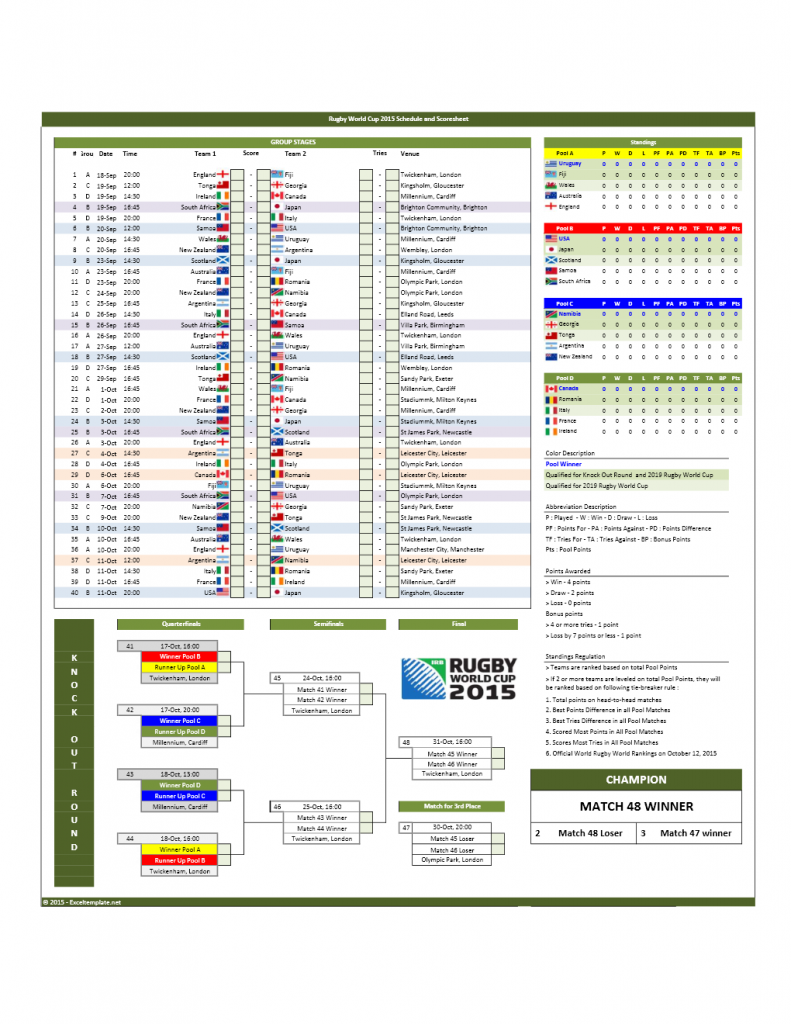 For each pool match, the following number of points will be awarded based on each match result :

rule 2-5 are based on all Pool Matches

Should the tie be unresolved at the conclusion of steps 1 through 5, the rankings as per the updated Official World Rugby World Rankings on October 12, 2015 will determine the higher ranked Team.

After all Pool matches are completed, all winners and runner ups will be met in quarterfinals with pairing matches as follows :

Semifinals matches will be arranged as follows :

Semifinals winners will meet in the Final to fight for RWC 2015 trophy while the losers will fight for 3rd place.

To use this 2015 Rugby World Cup Schedule and Scoresheet is simple. Just type the score in its score boxes as well as tries in tries boxes and let excel formulas do the rest.

Pool ranks will be adjusted based on rules explained above automatically every time you update the score. After the completion of its Pool matches, all quarter finalists will be placed in respective brackets automatically.

In knock out rounds, you can full time score results in score boxes next to team's names. Additional boxes will be revealed if full time results are not generating winners. Since there is only one additional score box, type the final score here to make the winner advance to the next round. Repeat this step until the end of the tournament and you will see the Champion as well as the 2nd and 3rd team revealed in Podium boxes at the bottom left of this scoresheet.

In This 2015 Rugby World Cup Schedule and Scoresheet, you can update the score, change date and time and modify its header name, just in case you want to match it with your own language and timezone since I didn't create language and timezone selection list. But, you can't edit team's/country's name since they are protected as well as other layout modification functions.

There are two models you can download below. The first one is a model with automatic Flag Adjustment function that will adjust flags based on team position in Pool Standing table and Knock Out Brackets. The second one is a version without those flag function, you will need this model if your excel version has problem with this function and make your excel runs slow.

If you want to modify its layout to meet your own business style, for example putting your own cafe's/restaurant's names, as well as learn or tweak its formula, you can purchase the fully editable one. But, remember to not distribute the editable one to other users without my permission or claim it as yours.

If you found any errors or I misinterpret some regulation, I will appreciate if you send me a message through contact form above so I can fix it before the tournament is begun.

There is also an office pool or a prediction game created specifically for this tournament - please see below.

This is a 2015 Rugby World Cup Office Pool template you can use to organize your world cup prediction game among your friends, colleagues and relatives. It is created specifically for this tournament and I made plenty of modification as well as added more game options compared with my previous soccer world cup office pool. 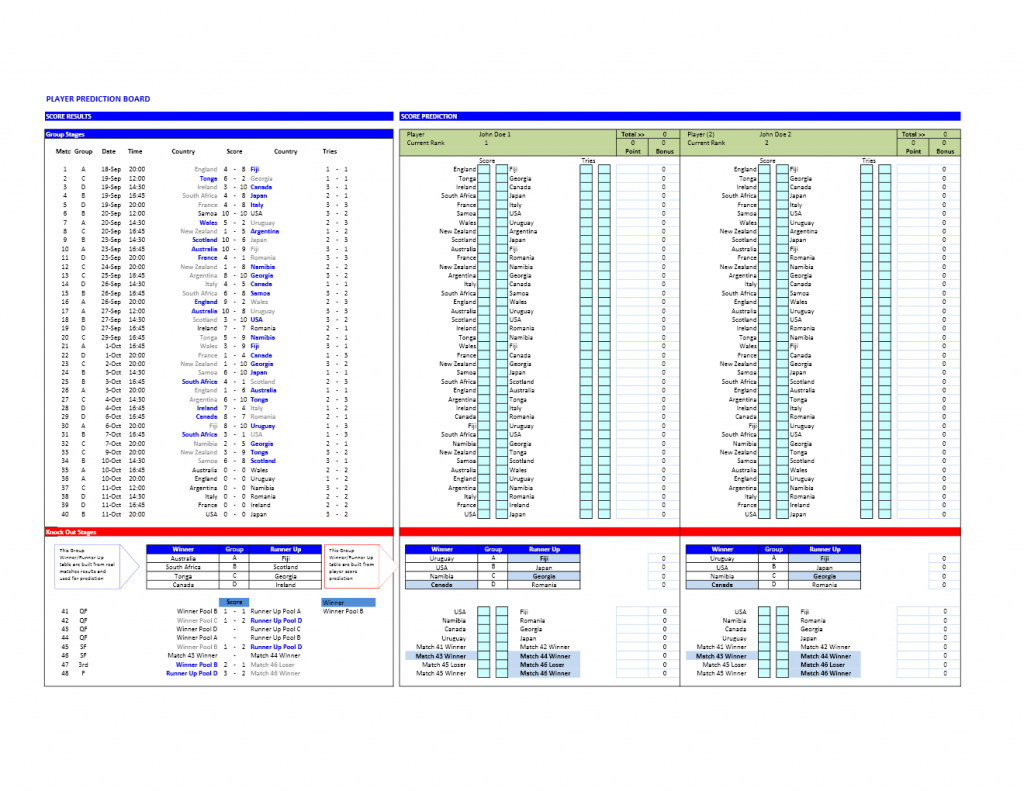 In this spreadsheet, you can choose either applying round-by-round or set-and-forget prediction game. Round-by-round prediction game is suitable for you who organize a small group of people and have time to follow every matches and give prediction based on real team matches, while set-and-forget prediction game is suitable for you who organize a large number of people who give prediction once and see their prediction results by the end of the tournament. The latter will make certain players can't continue until the final because their teams might be eliminated either in group or knock out stages which prevent them to get more points. Anyway, it is all up to you to choose the most suitable one. Because of this new scheme, each player prediction will be calculated separately to produce their prediction group winners and runner ups to be compared with real group winners and runner ups.

There are 5 working worksheets in this Office Pool spreadsheet

And there is one Score Prediction Sheet you can distribute to your players as a sheet to put their score prediction. You can print or send it by email to your players and you can collect them at your own time preference.

How To Use The Rugby World Cup Office Pool Template

You can follow instruction below to use this spreadsheet: 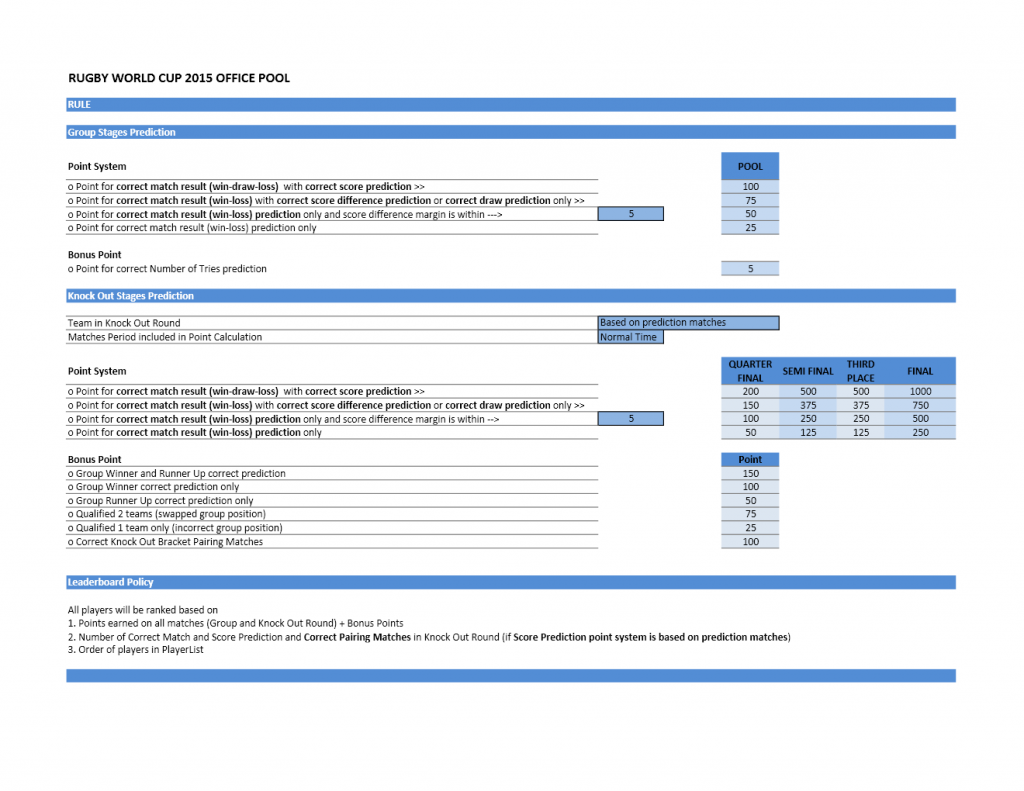 Group Stages
> Define your point system and set player point for predicted match results in pool round matches. There are 4 available stages that you can reduce into 1 stage by set unused stages to 0 or same values.

Knock Out Round Matches
Define your point system and set player point for predicted match results in Knock Out round matches.

Bonus Points :
There are several bonus points can be awarded to your players based on scheme below :

Let me know if you found any errors in this Rugby World Cup 2015 Office Pool by sending me a message so I will have time to fix it before the tournament is begun.

This spreadsheet below is a lite version. It is protected and it can accommodate until maximum 15 people. If you need to accommodate more than 15 people, you can purchase the Pro version that can accommodate until maximum 100 people. There are two version of Pro package you can purchase. The first one is editable on shown worksheets only where you can customize its layout and tweak the codes on all shown worksheets while the second one is fully editable where it will give you flexibility to customize and tweak anything inside including tweaking the tournament codes. You don't need to purchase the fully editable version of RWC 2015 Schedule and Scoresheet since it is embedded inside this Pool spreadsheet if you bought the full version. And because of those group standings calculation process needed for each players, your computers might take 2-5 seconds processing time to complete all the calculation, depends on the number of the players and your computer specification. 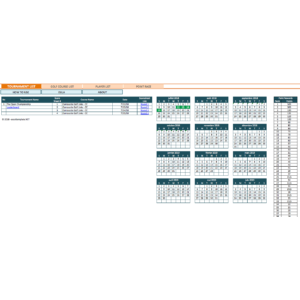 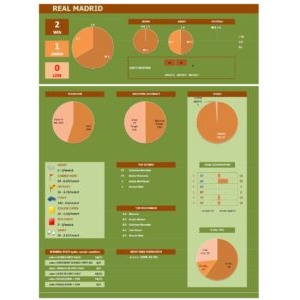 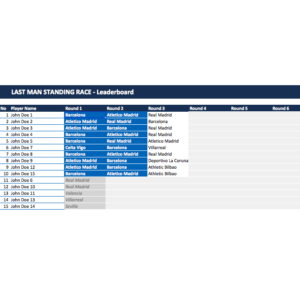 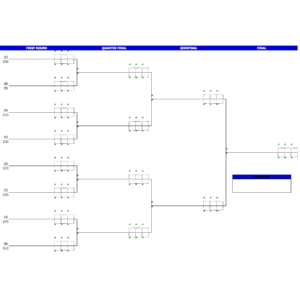 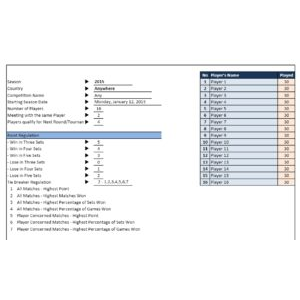 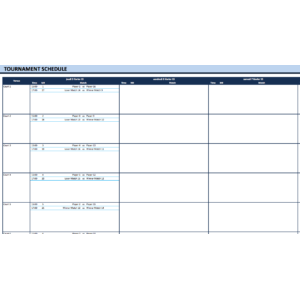 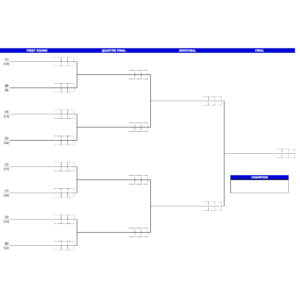 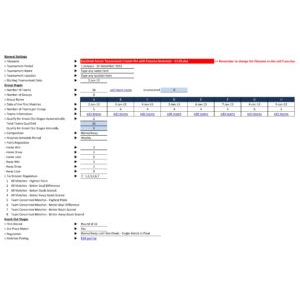 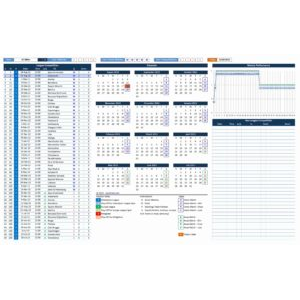